A single packet of manufacturer direct ProBoost® contains 12 trillion molecules of Thymic Protein A (TPA). It has been scientifically proven that Thymic Protein A is an essential substance necessary for the proper functioning of the immune system, specifically the portion named "cell-mediated immunity" which controls how potentially harmful antigens are controlled and disposed of by the immune system.

Taken consistently, ProBoost®can make a major difference by strengthening the immune system through its T-cell programming role. The more T-cells that are properly functioning, the more immune response may be mounted against environmental assaults to which the body is exposed.


Keeping the Immune System In Tune

Of all the cells in the immune system, the CD-4 helper cell is the most important because it serves as the controller of many key functions of immunity. It is like the conductor who keeps an orchestra playing in tempo and in tune. Newly formed CD-4 helper cells migrate from bone marrow to the thymus gland where they are programmed to stimulate an immune response.


Research has proven that CD-4 helper cells, after they are formed, are NOT fully functional unless they come into direct contact with key thymic proteins. Thus ProBoost® delivers a natural and necessary substance in the body which can control and preserve immunity, leading to a longer, healthier lifespan! 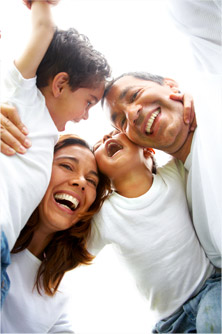 Learn More about the Science Behind ProBoost® →